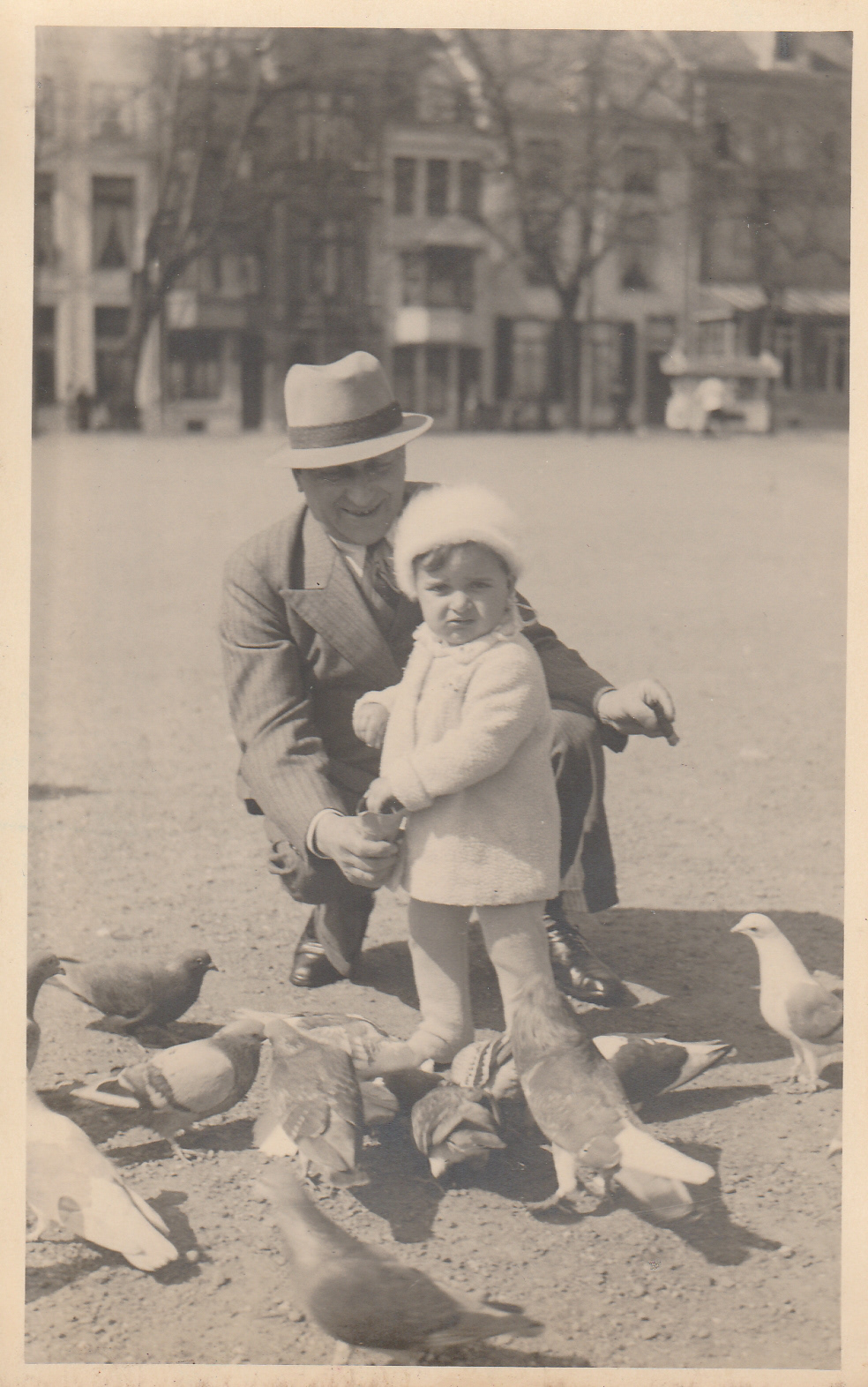 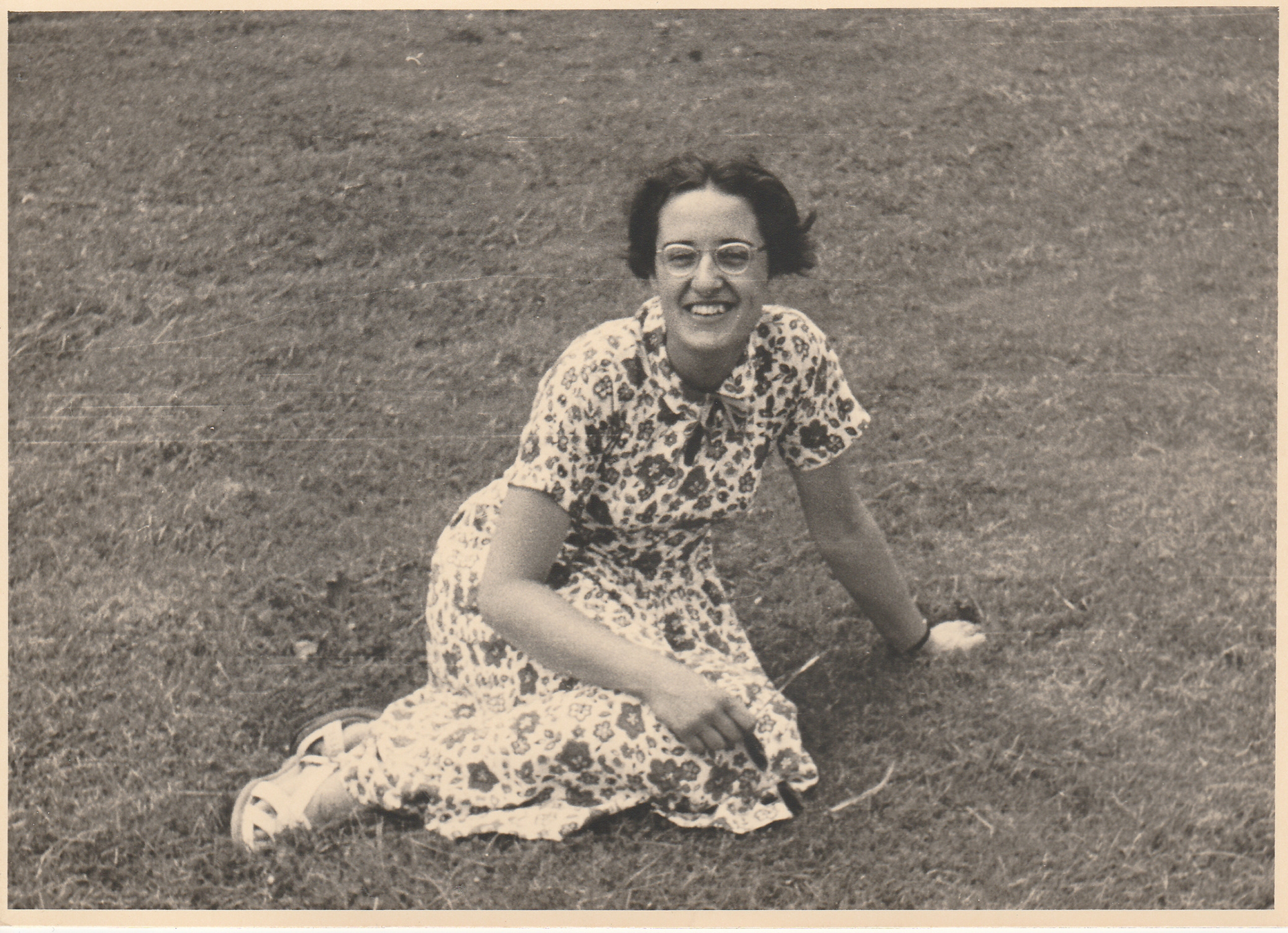 scroll down for English
TANNE 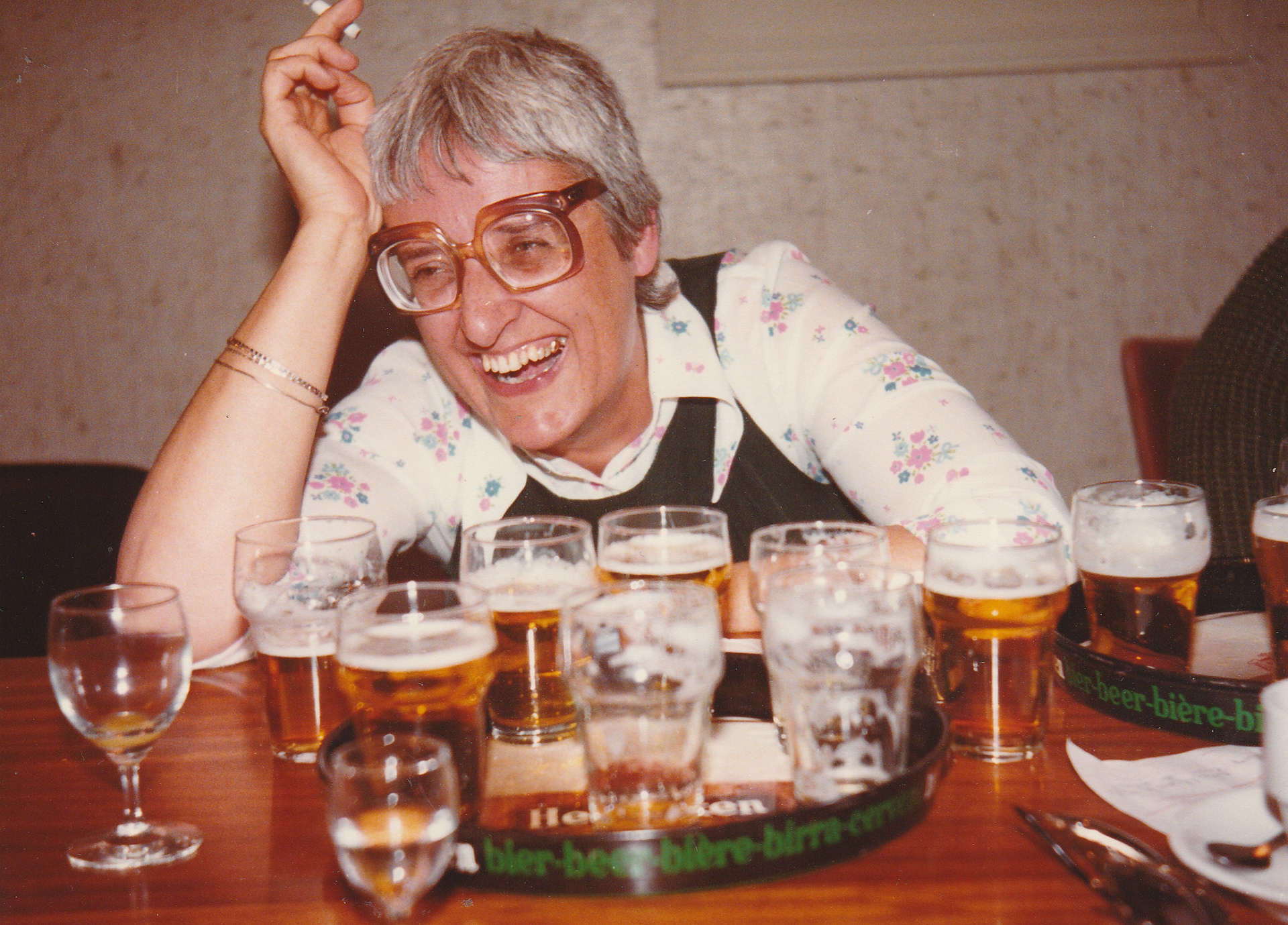 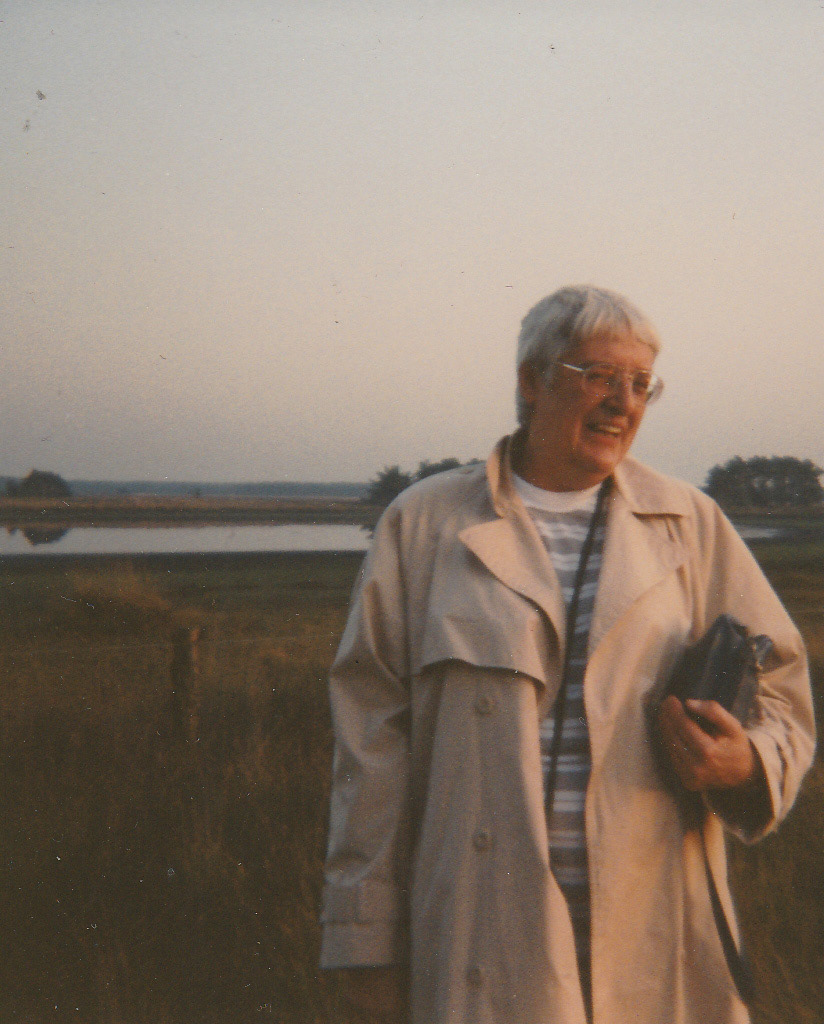 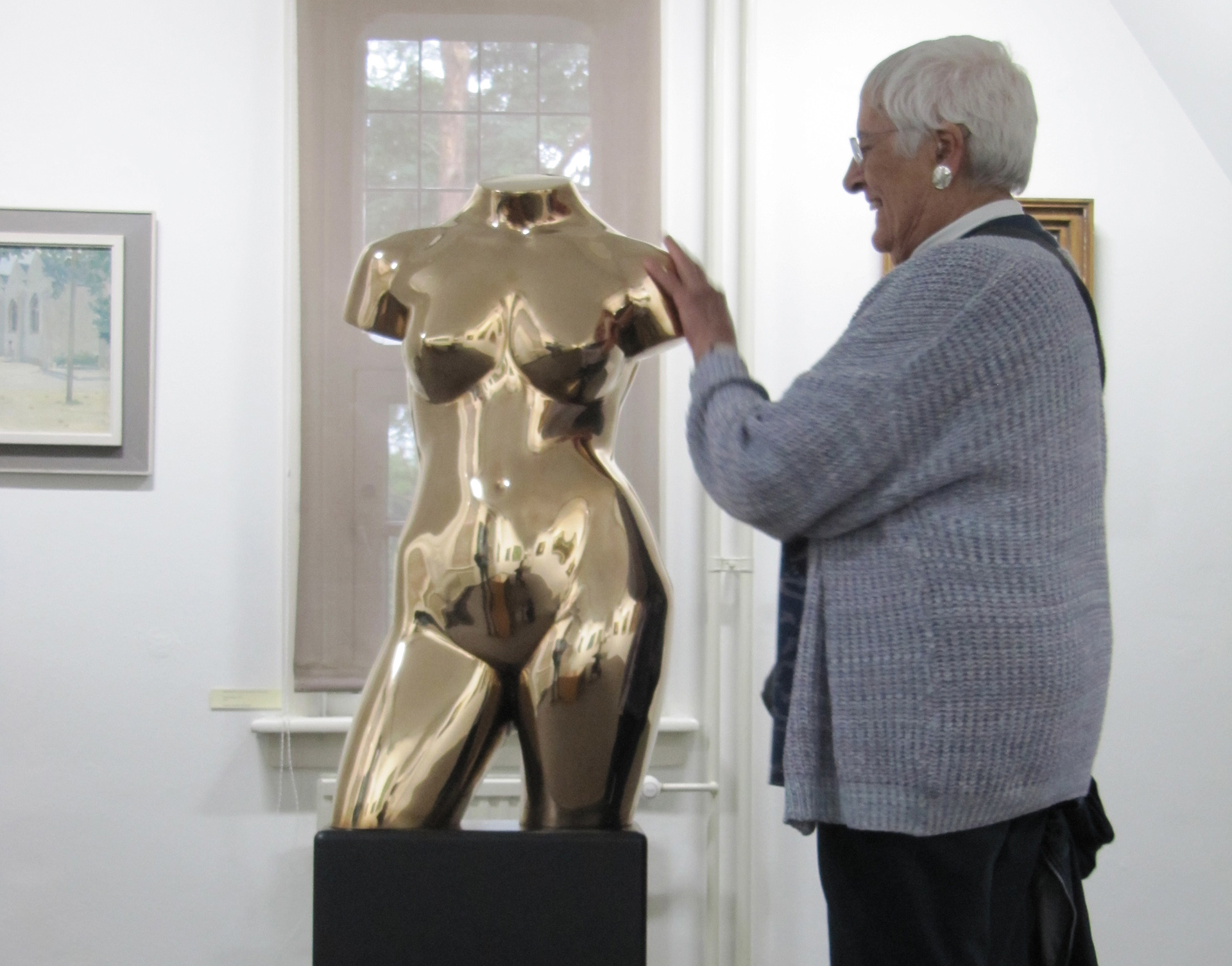 1935-2021
UTRECHT - She liked to squat on the floor in a comfortable, colorful sweater. With a Gauloise cigarette in one hand and a glass of sherry in the other. Preferably with food on the table. Chinese or canned soup with some soft bread rolls. That's what happiness looks like for Tanne.
“She thought it was nice to sit on the floor,” says godchild Sylvia. To depict the scene, she rises from the candle-covered wooden dining table. She walks towards the sitting area of ​​her home in Utrecht and squats on the floor. She leans with her back against the front of the couch and her buttocks just barely touch the floor. With her right hand she depicts a cigarette and in her left hand she holds an imaginary drink. There is a sparkle of joy in Sylvia's eyes when she talks about Tanne. Tanne knew how to enchant people.
Always a party
In 1935 Tanne was born in Maastricht, in a progressive family, her father was an opera singer and her mother was the breadwinner as a teacher. As a young woman she moved to Best in North Brabant to work as a kindergarten teacher. She accidentally found shelter with Sylvia's parents and so a special friendship developed between Tanne and Sylvia's mother. "They would laugh their heads off everytime and during holidays they kept a diary together", says Sylvia. When Tanne was there, she got a "different mother". A cheerful, laughing mother. “It was always a party with Tanne in the house.”
Clothing does not seem to play a prominent role in Tanne's life. It had to be comfortable and she loved to drape a scarf over her shoulders. But anyone who looks at Tanne's wardrobe as an outsider soon realizes that she didn't fit in like many elderly women. Tanne wore blouses with silly prints, a spacious oversized jacket in blue checks and a velvet blouse. Her clothes hung on brightly knitted hangers. It makes the heart of many vintage styled clothes lovers run faster.
Do we see Tanne's artfulness in it? Sylvia doesn't dare to put her finger on it. Where did the clothes come from? Sylvia has no idea. At least she didn't make it herself, she assures us. “I like to travel and once brought a dress from Morocco. My mother and Tanne tried to copy the pattern, but it didn't work."
Google-maps-world-journey
Tanne loved classical music, art and museums. “In museums she wanted to touch everything,” says Sylvia. She continues with a grin on her face: “She even sat down on a Rietveld chair once!” Tanne saved all the sudokus, remade them endlessly, taught the Dutch language to a dear friend via Scrabble, went on a world tour via Google Maps and was 'a beast' behind the wheel. Above all, she was a very cheerful and humorous woman.
After the loss of a dear friend, Tanne became depressed. Sylvia made sure that Tanne wanted to feel the sun on her skin one last time. And on the last day she was alive, Sylvia saw that happy Tanne one last time. Tanne arranged an electric bicycle for Sylvia. Since then, every time Sylvia cycles and feels the sun on her skin, she is with Tanne again.
When Tanne died, it became even more clear how she managed to enchant people just like Sylvia.  “She had a special friendship with so many people and she knew exactly when someone needed help,” says Sylvia. “Tanne has just brought about so much.”
PS: Tanne was actually called Gré. She was called aunt, but Sylvia's little brother couldn't pronounce that as a toddler. He babbled Tanne and it never went away​​​​​​​

Anna
↑Back to Top